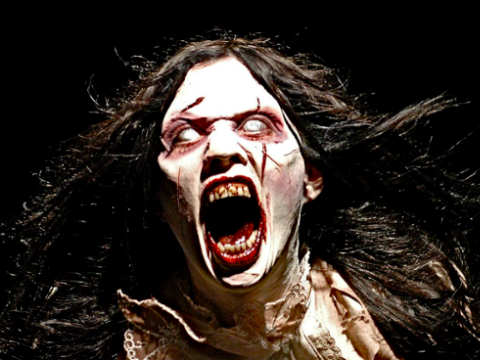 Mary Worthington, a school teacher in the small town of Carey, Ohio, is killed on August 27, 1908. It was the result of a Halloween prank orchestrated by the school handyman, Aldridge Kesterson. Six students (Louise Hatfield, George Von Stebler, Shawn McPherson, Jim Deedle, Alice Dodgson, and Jeremiah Kubsch), were also involved in the mysterious death of their teacher. One student, Thornton Kesterson, was not present due to the persistent goading by his father, Aldridge. The schoolmaster, Mr. Renshaw, found his schoolhouse in complete disarray with blood and shards of glass scattered across the room. Although suspected murdered, Mrs. Worthington's body was never found, and was classified missing.

Marie W. Agana, daughter of Mary Worthington, dies on June 20, 1958. Dr. Mary Agana, daughter of Marie W. Agana, receives a letter from Alexander Pohl, her family attorney, that informs her of the wishes of her late mother. Mary will receive several valuable silver heirlooms that originally belonged to her grandmother, Mary Worthington. Most notably, Mary receives a silver jewelry box, that seems to possess her over time. On June 25, 1958, Mary receives a letter from the National Association of Mental Health which informs her that the members of the board, have denied funding for her immersive fear therapy program. Dr. Gustav Heim, the director of the NAMH, states within the letter that he is disturbed that Dr. Mary Agana may proceed with her plan regardless. Dr. Agana, opens up her own facility, Living Fearlessly: Specialized Treatments for Fear Based Ailments, in 1958 to begin her immersive therapy program. She hires assistants from a local facility, that are believed to be ex-cons or mental patients.

Over the course of a few months, Mary sees several patients and discovers new ways to “cure” them of their fears and phobias. However, due to the disappearance of Charlie McPherson, a freelance photographer hired by private investigator Boris Shuster, Shuster begins an investigation into Dr. Mary Agana and her clinic. As patients begin to disappear from the clinic, Boris begins to wonder what really goes on inside of Dr. Agana’s practice. Mary, begins to suspect she is being watched, perhaps by Boris, as well as by her grandmother Mary Worthington through a mirror. Shuster, makes an appointment with Dr. Mary Agana on August 27, 1958 to discover the truth behind the mysterious psychiatrist. On this night, Mary Agana is brutally murdered, supposedly by Boris Shuster, but her body was never found (it was later discovered that the murderer was a man named David Gronoll, a boxer/ex-con who was either one of her patients or one of the assistants who worked for her).

Some believe that the spirit of Bloody Mary, none other than Mary’s grandmother Mary Worthington, had been gradually possessing Dr. Mary Agana, since she inherited her heirlooms. In 2008, Legendary Truth: The Collective, which was started by Boris Shuster back in 1958, begins an investigation into the disappearance of Mary Agana. Collective Field Operatives collect information and visit Dr. Agana’s office, which is still in utter disarray since her brutal death. At 11:03 pm on August 27, 2008, a manifestation of Bloody Mary is detected by the field agents, whom were never heard from again. Calvin Thorncastle, CEO of Legendary Truth: The Collective, quickly dispatches new operatives into Mary Agana’s world, to collect additional information on the doctor and her relationship to Bloody Mary. They are also to investigate the seven patients that fell victim to her treatments.
HALLOWEEN HORROR NIGHTS XVIII
HALLOWEEN HORROR NIGHTS XIX
HALLOWEEN HORROR NIGHTS XX
HALLOWEEN HORROR NIGHTS XXIII