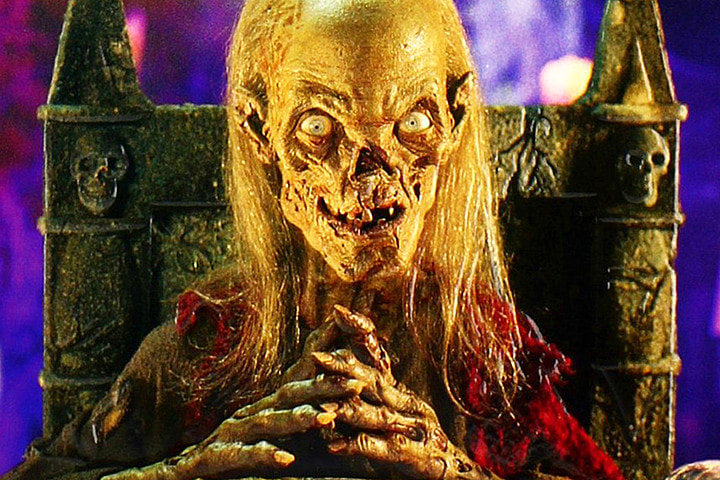 The  Crypt Keeper is probably most famous for his hosting duties on the horror anthology show, Tales From The Crypt. The show which aired on HBO (and later in watered down versions on the FOX network), ran from 1989-1996. The show was backed by some high profile talent like Robert Zemeckis (Back To The Future Trilogy), and Richard Donner (Superman: The Movie). The program also had some killer guests stars throughout its run which included the likes of Brad Pitt, Tom Hanks, and Christopher Reeve. The Crypt Keeper's voice is provided by John Kassir. The character would book-end each episode of the show, spouting off some wise-cracking commentary which usually included puns having some gory, or horror themes behind it.