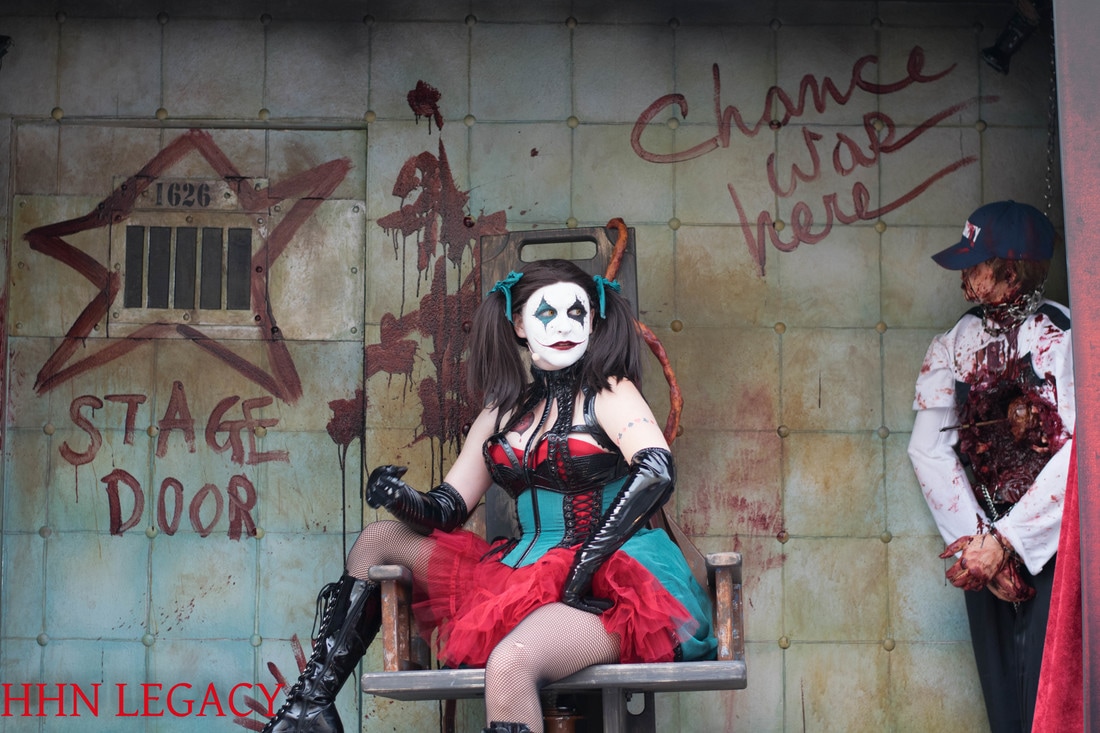 Chance, made her debut during the 2007 Carnival of Carnage show. The character, along with her counterpart, Jack the Clown, were clearly drawing inspiration from The Joker and Harley Quinn. They made playful banter with each other, as they enacted their carnage towards unsuspecting victims.

Chance, made another appearance, during the 20th anniversary event in 2010. Both her, and Jack the Clown, appeared in the Fear Revealed Scare Zone. After the event in 2010, the team behind Halloween Horror Nights, wanted to put away the past Icons and characters. The event, was to introduce new characters and themes, going forward.

This new vision, was a bit rocky, as things did not go incredibly smoothly. Fans, wanted the old characters they knew and liked, from the past. For the 25th anniversary in 2015, the team brought a revamped version of Jack the Clown, back to the event as host. With him, Chance, made another appearance, and her popularity during the Carnage Returns show, skyrocketed. She pretty much stole the show.

In 2016, Chance returned, this time as the Icon for the event. She was given a makeover as well. While her event received mixed reaction, a lot of people still really liked her character.