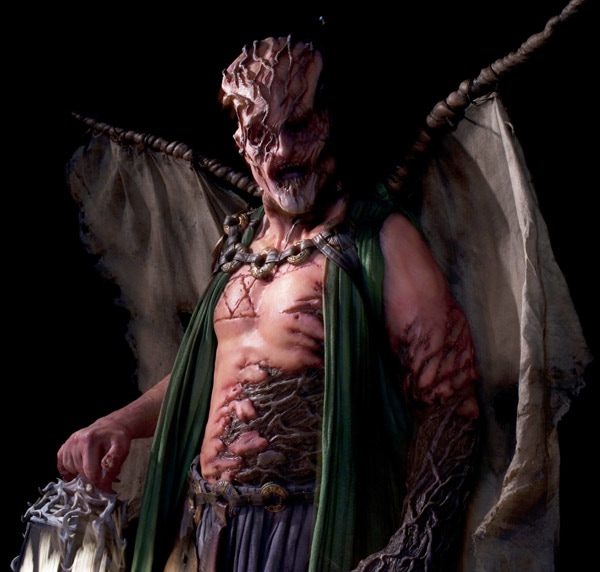 Early in 2010, the paranormal research group Legendary Truth, came across a series of strange photos. Upon studying the photos further, the group realized that they when put together they formed some kind of pattern- it was a puzzle. The group assembled the puzzle and in the early morning on August 24th, the Art & Design building at Universal Orlando suffered a blackout.

The lantern had been lit and Fear, had begun to manifest himself over various electronic media in the month leading up to Halloween Horror Nights. The first evidence of this was in a soundbite from a security camera in the Universal Art & Design building during the blackout. At first, the noise sounded like a voice speaking gibberish, but when played backward, an ethereal, gravely voice could be heard speaking a message: "Nineteen years... Nineteen cycles... What has been decades for some has been Eons for me... On the Twentieth cycle... I shall be revealed!" Not long after, Fear began to appear in video clips, revealing that nearly all of the previous Icons of HHN, were merely pawns to help draw him into this world, and that soon he would change Halloween Horror Nights forever.

On September 16, during the filming of one of the Production Die-ries for the upcoming Horror Nights: Hallow'd Past House, Art & Design team member Heather Summers was possessed by Fear, demanding that all those watching come to the event so that he could feed on their terror. Fear went on to claim that he was inside everyone, and that soon they would all bear his "Mark," holding up a red-hot branding iron with a "XX".

Soon after, videos began appearing on the HHN website, where Fear began speaking through the previous Icons, his Five Heralds: Jack the Clown- Chaos, The Caretaker- Death, The Director- Sacrifice, The Storyteller- Legend, and The Usher- Vengeance. They claimed that the previous 19 years were only the beginning, and that a new era of darkness would soon arrive.

On September 24th, Halloween Horror Nights 20 began, and Fear revealed himself in all his terrifying glory. After the event, the lantern's light went out and Fear was forced to retreat to his prison, where he waits patiently to be released again. It is rumored that Fear, despite being trapped, is still manipulating Universal Studios' staff members by making them design more creatures, haunted houses, and scare zones for future events. Fear, the mastermind behind all of Halloween Horror Nights' greatest scares, has crossed over to our world to usher in a new era of darkness.