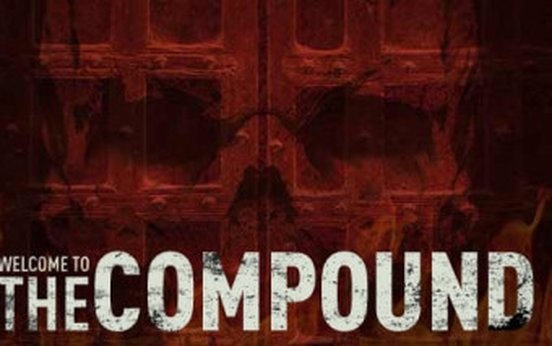 ​The Compound was an interactive social media game, played during HHN 24. While The Compound was vastly different than the popular Legendary Truth game, it did borrow elements of its game play from Legendary Truth. When The Compound site went live, an eerie radio transmission warned guests that in order to survive HHN 24, they must help fortify The Compound and strengthen the collective. The voice stressed that you were best suited to survive in numbers. Before HHN 24 started, The Compound had guests form "recon squads," and they were to hashtag their squad name throughout the missions, and game play.

The survival guides were maps of HHN. There were eight targets located in various places around the park. Beyond the first few survival guides, the targets on the map were marked with question marks. A short riddle was given for each target, to attempt to locate the correct corresponding target. When guests located the correct target, they were to go to the area on the map, take a photo of the target, then upload that photo to Twitter. When they did, they were instructed to hashtag the photos with their recon squad name, The Compound, and tag Halloween Horror Nights.