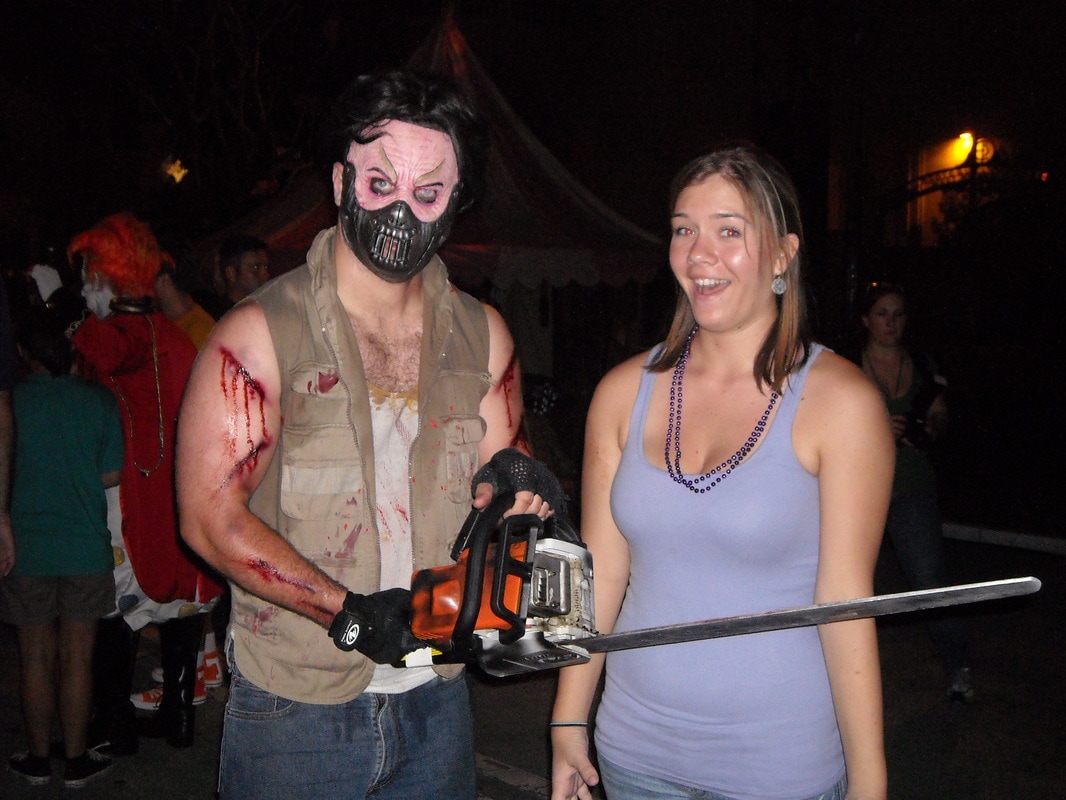 Eddie Schmidt, is the brother of Jack the Clown. Eddie, is portrayed as having been overly obsessed with 80s "slasher" horror films, particularly ones featuring chainsaw wielding maniacs. In his youth, he set up a haunted house event within the confines of the trailer park he lived in. A group of other teens set a fire in the trailer park as a prank, not knowing he was inside, trapping him and disfiguring his face and hands with severe burns.

Eddie, would open his own variation of his brother Jack's funhouse, as a "game show" called RUN. In it, visitors must escape from various torture devices and chainsaw wielders like himself. Later, with financing from his brother, he'd re-open RUN. This version was a murder-for-hire business, where Eddie and his goons would torture and kill victims for profit. Promoted under the misleading name of Oddfellows Ultimate Ventures, the business catered to a rich clientele...which would inevitably meet the same fate as the victims they hired Eddie and the rest of the staff to kill.

Eddie, was the original Icon for HHN 11. The events of September 11th, 2001, caused Universal to change Eddie back into Jack, at the last minute. His make-up and metal-mouth mask, may have been a little too similar in appearance, to responders searching and clearing the rubble down at Ground Zero in New York.